"The Eyes Have It!"
See what others don't and See us like never before 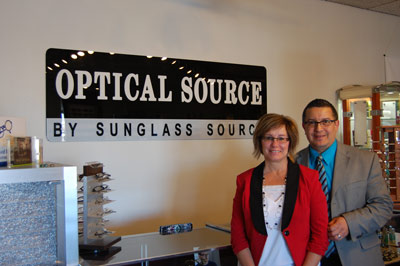 Ray and Donna Montoya started Sunglass Source, an eyewear franchise, in 1992 as a kiosk in the Clovis mall. Several years later the kiosk became a store in the mall and two additional stores in New Mexico were opened. In an effort to take advantage of inventory options and reduce traveling, the Montoya's closed the other stores and concentrated their efforts on the Clovis location. Today Optical Source is located as a stand-alone store on the busiest street in the area. The Montoya's successfully opened a second location at the area's military establishment; which makes them the largest eyeglass, sunglass, safety, and contact lens store in the area.

Optical Source provides digital lenses using state of the art technology in their on-site same day lab. Ray and Donna's goal is to provide fashionable eyewear for the public, whether at play or work. Their customized service attracts guests from the west to the east coast and in-between who enjoy sunglass brand names such as Oakley and Gucci; and prescription eyewear name brands such as Randy Jackson and Armani. The Montoya's welcome eyewear challenges and have never turned down a seemingly impossible request. Their motto "See what you've been missing!" is a testimony to their 22 years of entrepreneurship. They strive to satisfy their guest by getting them what they need, listening, and continuous education for all employees.

In the summer of 2000, the Montoya's decided to expand, cease from the franchise, and open another business. They worked closely with the Clovis SBDC to develop a business plan that was very crucial in the early stages of development. The SBDC assisted Ray in recognizing every aspect of the business from cost of goods to paying taxes. August of 2000 the Montoya's were awarded a loan, retained three positions and added two additional positions. In the fall of 2001, Ray and Donna had three stores, sales increased by 17%, and 15% of total sales came from their customized work when new services were introduced. He also informed the Center that they were debt-free and has continued to be since that time.

Over the years the Center has assisted the Montoya's with inventory and human resource issues. The Montoya's give the utmost gratitude to the SBDC for the assistance provided. "I recommend the SBDC; (they) played a key role in our acquiring our start up business loan." Ray Montoya

Optical Source has grown to a viable business with extended business hours, guaranteed lowest prices, 24 to 48 hour turnaround, contact lenses, digital lenses, digital technology, and the promise to match or beat any competitor's prices. Their focus for the future is to establish a physical presence in the west Texas region, continue to "Wow" their guests while listening and providing what they want, and offer direction to upcoming entrepreneurs. 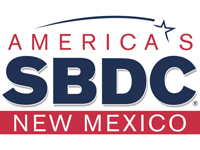