Our permanent exhibition of Native American artifacts was collected over a 20 year period by Eula Mae Edwards and her husband Jack. Originally from Logan, Eula Mae studied archaeology for two years at the University of New Mexico, and it continued to be her passion until her death in 1983. She was among the first group that excavated the Blackwater Draw site in Roosevelt County where artifacts of the Clovis Culture,11,000 years old, were unearthed. 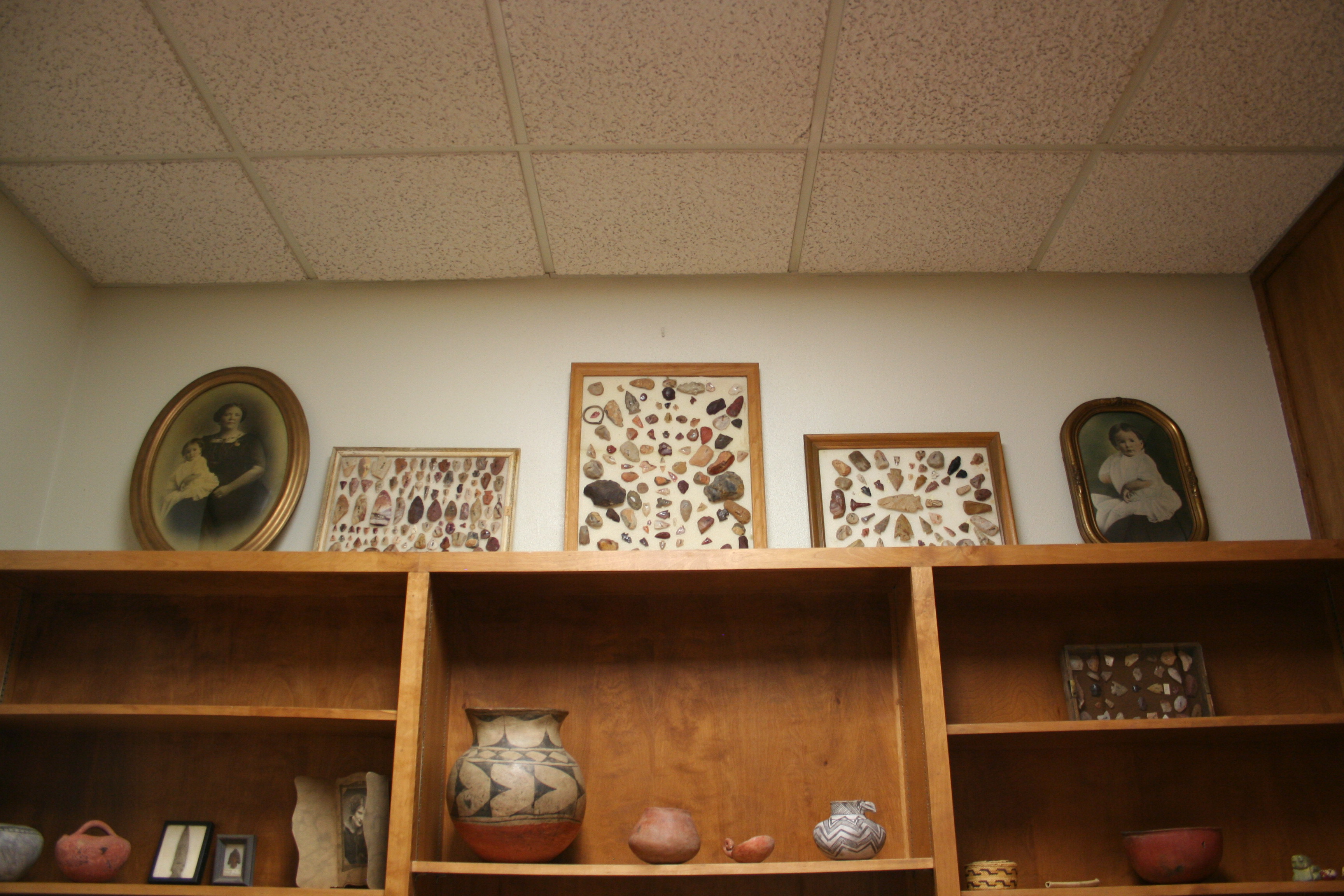 The couple traveled throughout New Mexico and found countless archeological and paleontology samples. Their dream to open a museum in San Jon, New Mexico became a reality a year after Jack's death in 1971. By 1981, highway 66 had bypassed the town, and visitors to the small museum dwindled to a few each day.

Eula Mae wanted her artifact collection to be used for educational purposes, so prior to her death she willed it and a cash donation to the college to establish a museum. She designed and created the framed exhibits of arrowheads, small animal bones, and spear points in the display.